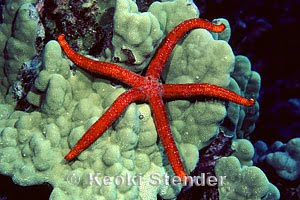 Years ago I was at a touch pool at a major aquarium. I watched as a docent handed a child a live seastar. The child inserted his finger to the second knuckle into the seastar's mouth opening and began rotating it. He said excitedly, "Is this alive!" The docent assured him that it was. The child was impressed and eventually put the animal back.

Later I asked the docent if they had much mortality in the touch pool. He said yes, but that it was worth it for the educational value...

So we come to a basic issue - the impacts of touch pools. Educators killing that which we are telling folks to conserve is an issue.

Unfortunately, little is really known about touch pool impacts. Most Aquarium's really do not want to know. Touch pools are often the most popular of exhibits - so although many of us led the charge back in the early 90's to reduce impacts. They are still there.

For one study, see: Tiny Hands and Shattered Arms, about a study on seastar arm regeneration.

This is why we have our touch guidelines at our Observation/touch pool.