In recent months, our water tables have started to succumb to an ever-frustrating anemone infestation.  Glass anemones, Aiptasia pulchella, found their way into our systems and large buildups occur if we do not remove them regularly.  They are known to be strongly disliked by aquarists because they sting corals and invertebrates in their closed environments.

When Aiptasia settle onto a substrate, they can easily come into contact with the other organisms nearby.  The anemones possess stinging cells called nematocysts that reside within the tentacles.  The nematocysts cause tissue damage to areas of the corals that they attack.  A few of ours have already fallen victim to their stings and were removed to other tanks to avoid further damage. 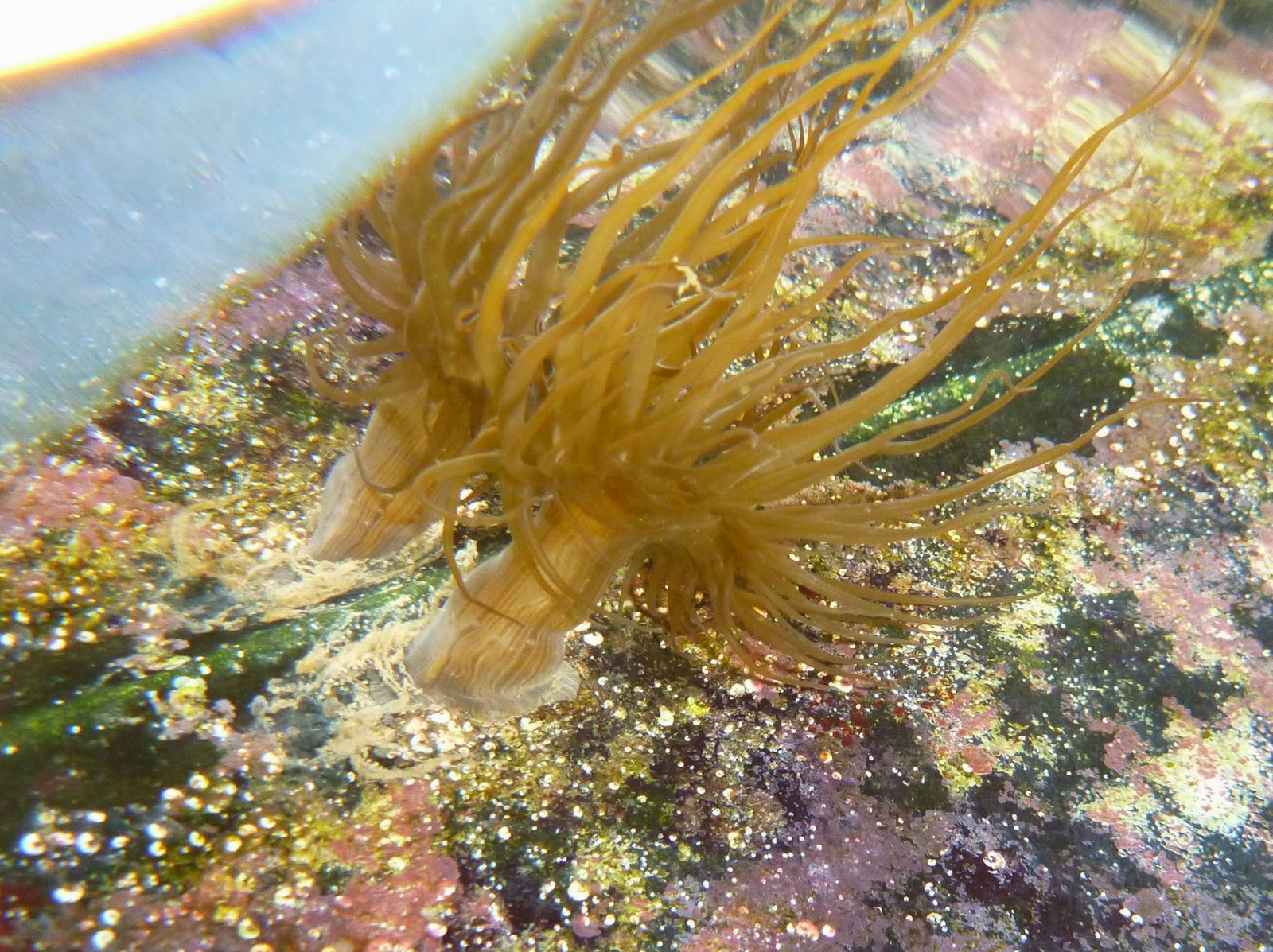 Aiptasia in our education water table
Taken by Casey Ching

Although we aren't happy about their presence in our tanks, these anemones, in their proper habitat are wonderful creatures and have many similarities to corals. Like reef building corals, their skin is largely transparent. The brown color comes from harboring algal zooxanthellae, a thin layer of symbiotic algae.  The zooxanthellae algae get a safe place to live and since they are able to photosynthesize, they take the waste products of the Aiptasia and produce extra sugars, fats and oxygen for the anemone.  This relationship is very similar to what happens in reef building corals, with one significant difference, corals are strongly dependent on this algae and will die without it, while Aiptasia do fine with or without.

Because of this, Aiptasia are widely used on studies regarding zooxanthellae because they react similarly to reef building corals without the detrimental effects.  Dr. Ruth Gates worked in collaboration with UCLA to determine the effects of heat stress on Aiptasia pulchella and found that they reacted similarly to the reef building coral Pocillopora damicornis (lace coral) under the same conditions.  When exposed to raised temperature conditions, cells with the zooxanthellae attached to them would detach from within the anemone and be expelled producing the bleached look that is prominent among corals under stress.  We have both lace coral and Aiptasia in our tanks.

An example of bleached Aiptasia pulchella
Taken by AUS photography

Despite the bleaching events we've had in Kane'ohe Bay due to our recent temperature anomalies, studies have demonstrated that there's always the possibility of a recovery.  We may not like these Aiptasia in our tanks, but we appreciate the contributions they make to science.