Box jelly (with fish inside) at the Lilipuna Pier last night

Last night, after trying out some new light traps for our night plankton labs, we stopped by the spotlight on street side pier.
We were looking for the big worm mating event mentioned to me that day by Heather Ylitalo-Ward (thanks Heather). Indeed the worms were there in good numbers: 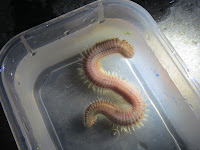 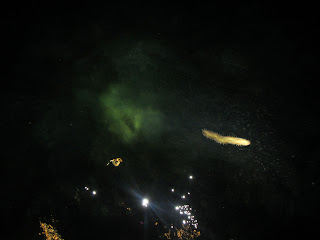 Even better though, were the swarms of other creatures, including several box jellies. These are not the same species (type) as the ones that close the beaches in Waikiki. Looks like the species I remember as Carybdea rastoni, but I will see if I can collect more and send them off for identification. 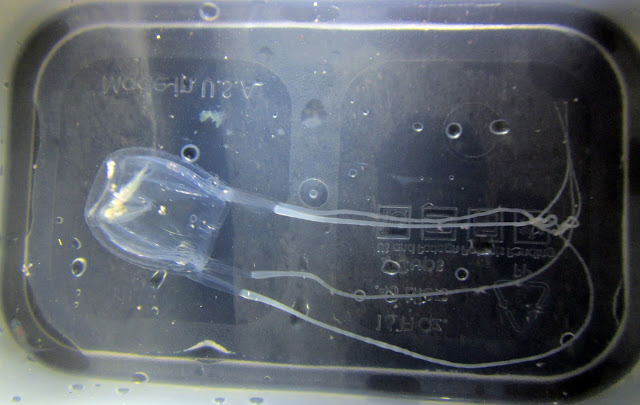 These smaller box jellies come up at night to feed on the night plankton and associated animals. Jerry Crow and I used to collect these off of Kewalo. Note the two small fish in the bell of the box jelly. They were able to swim in and out of the jelly - like it was their own personal diving bell - with armament - how great is that!