Public Meeting on Kane'ohe Bay for a National Designation 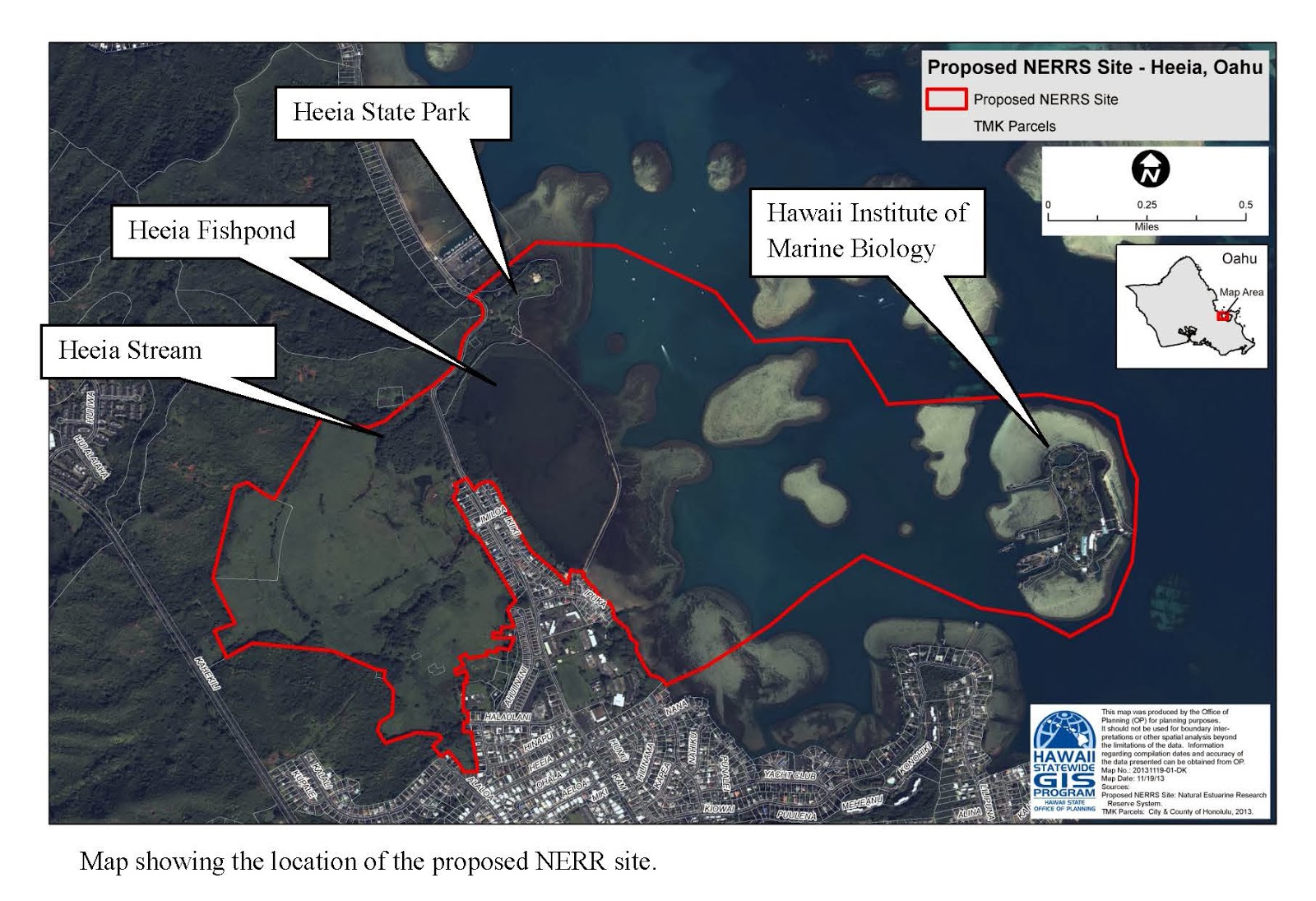 Below is the invite to the next public meeting on designating a section of Kane'ohe Bay as a National Estuary Research Reserve Site. Further down are the handouts, including the comments submitted up until Feb. 9th.

It would be great to have a good turn out of people for this meeting - or, and noted in my previous blog - you can submit your comments online at  hawaii.nerr.comments@noaa.gov, by March 7, 2014.

From Rebecka at Coastal Zone Management:

Hello NERRS stakeholders,
In preparation for the upcoming public meeting on February 27, 2014, we are sending you a meeting agenda, handouts and the responses to comments received through February 9, 2014. These are attached to this email and are available at the OP website (see link below).

The meeting format will be slightly different than the first public meeting in January. The introductory session will be very brief, to allow attendees to go over handouts and review the informational poster about the site.
Most of the meeting time (at least 45 minutes) will be reserved for comments. It will be similar to the comment period during the meeting in January, with microphones and each speaker identifying themselves before their comment.
This period is meant for collecting your comments on the choice of Heeia as a NERR site in Hawaii. Your comments are welcomed via email, written on yellow comment slips at the public meeting, or voiced during the comment session at the public meeting. Please visit http://planning.hawaii.gov/czm/initiatives/nerrs-site-proposal-process/ to learn more about the NERRS and site selection process.
Please contact Rebecka Arbin at 587-2831 or rebecka.j.arbin@dbedt.hawaii.gov with your questions, or submit your comments to hawaii.nerr.comments@noaa.gov, by March 7, 2014.
Thank you,
Rebecka Arbin on behalf of Jesse Souki, Director of the Office of Planning 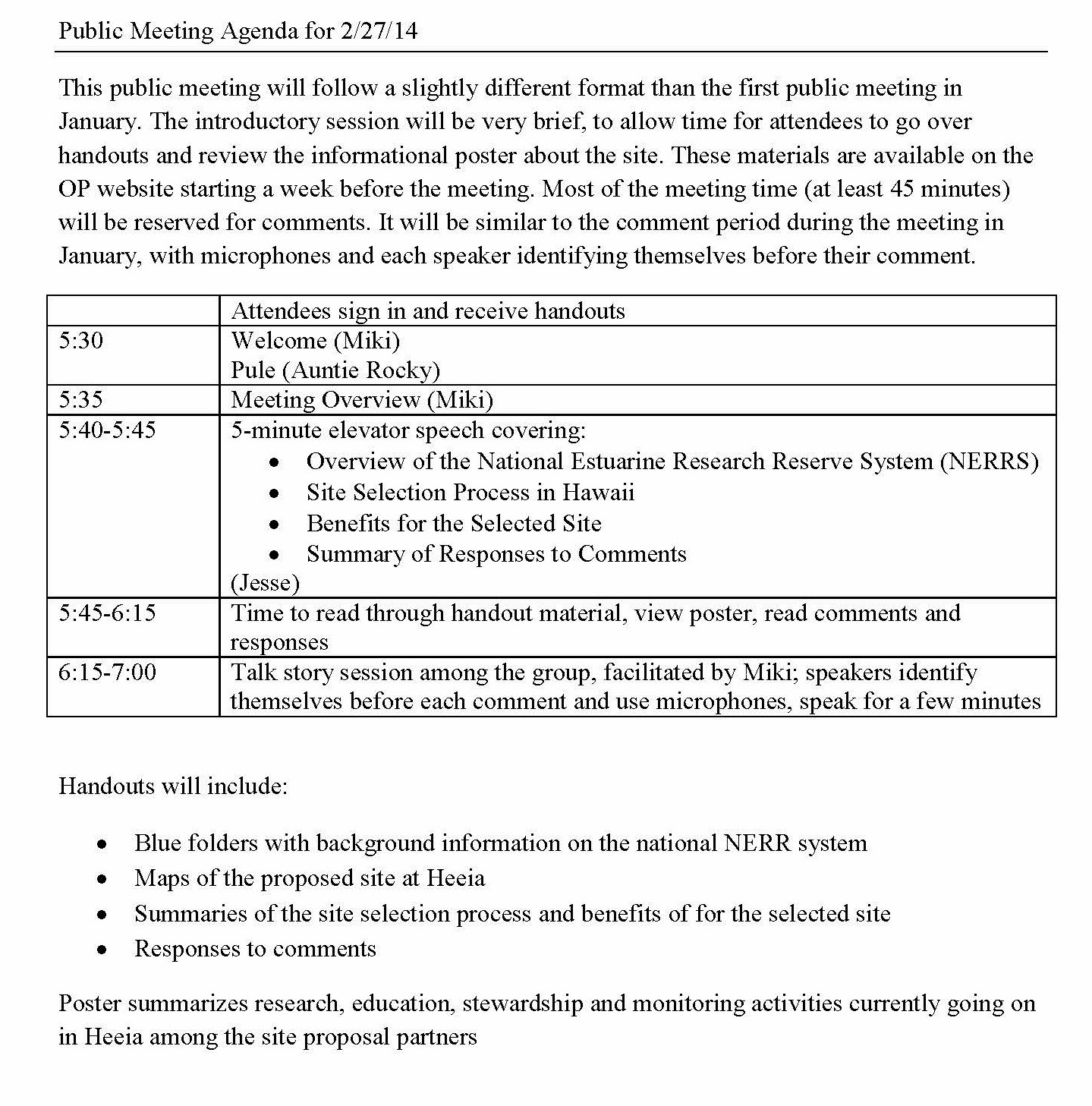 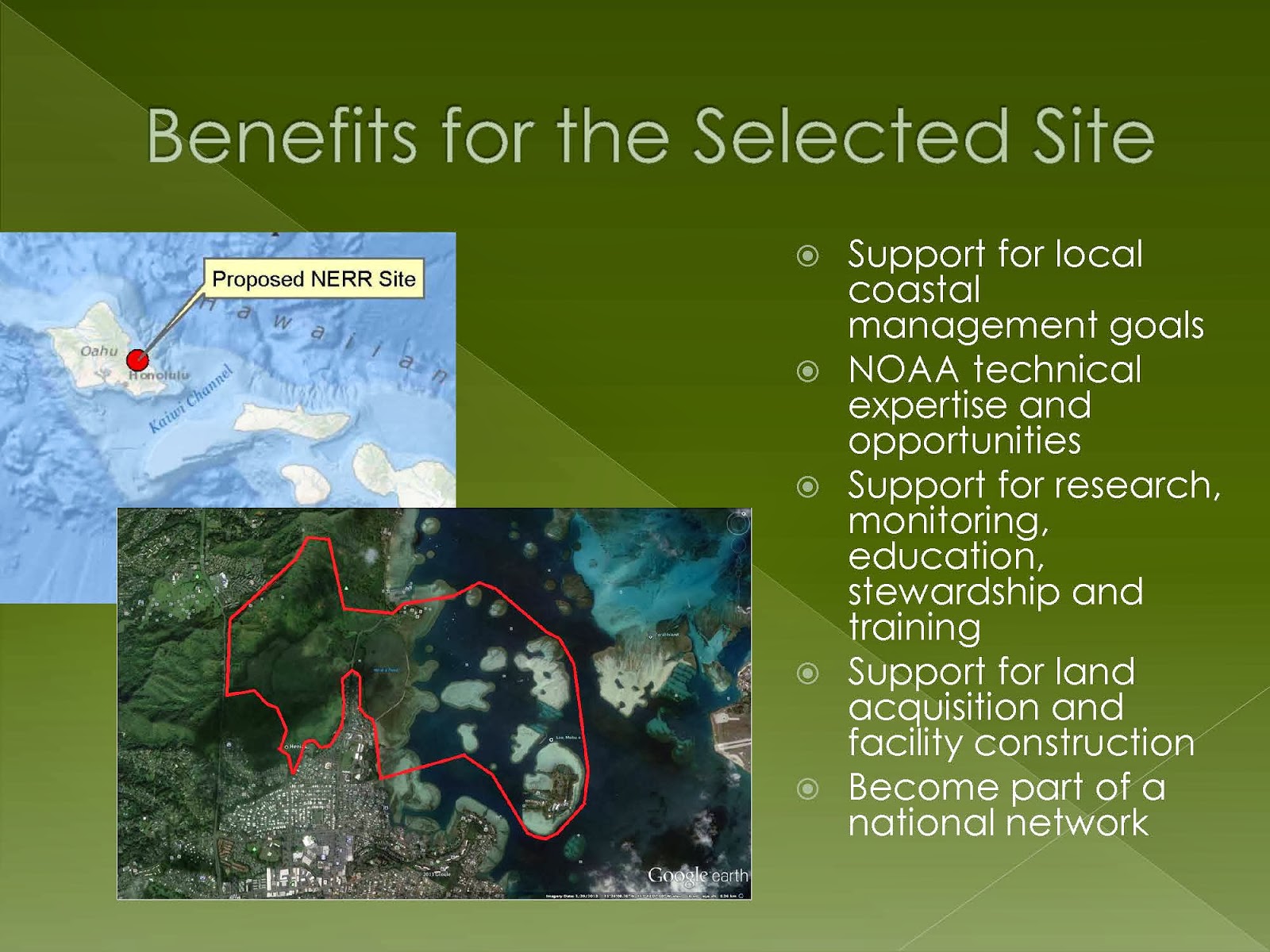 Public Comments up to Feb 9th. Click on the image to enlarge. 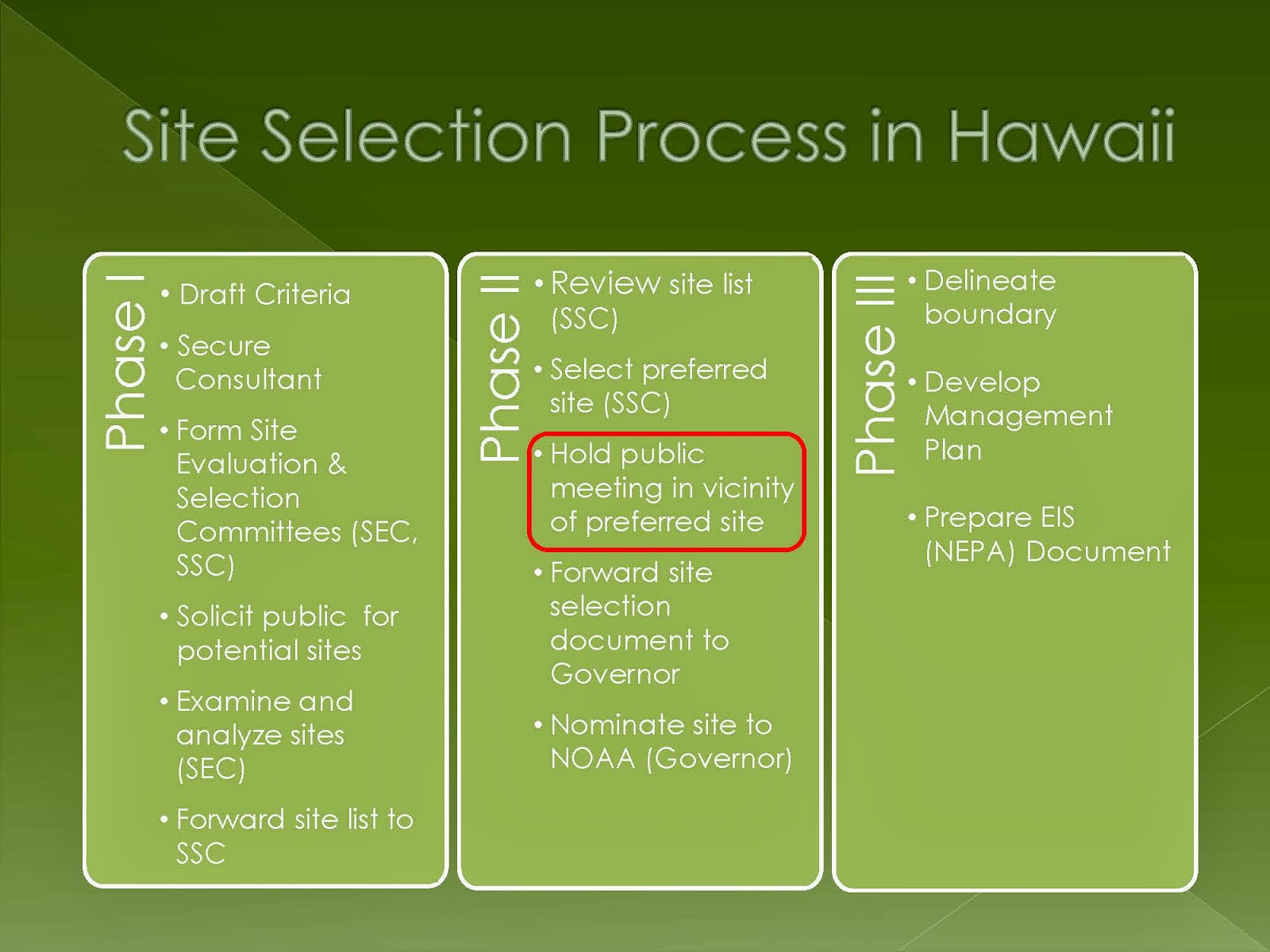