Flushed away, but still with us... 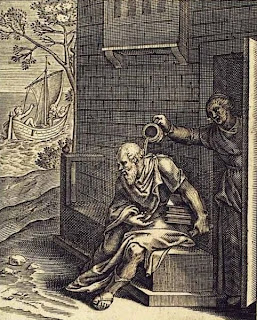 In the old days, you went to the bathroom in a pot - then threw it into the street. In some cities you could be fined for actually hitting people (during the daylight hours at least, at night you could fling at will). Or you had an open cesspool out back and as long as the breeze went towards your neighbors, you were okay. Obviously, there are issues here.

Eventually, with the rise of storm drain systems to deal with flooding, also came the rise of flush toilets. Now everyone could just send their wastes away to the nearest river or beach.

But of course there were issues there as well. Modern sanitation systems separated toilet sewers from storm drains systems for flood control (after all, that water did not stink, never mind the heavy metals and such), so now we had two separate systems pouring into the rivers and beaches.

We concentrated on dealing with the stinky water first. Settling ponds were added to the sewer systems pull out the chunks (sorry), then we started chlorinating it to kill most of the nasties. Next we went from shallow outfalls to deep water outfalls where it would be swept away forever!

HIMB's Rob Toonen and PhD student and project lead Jon Puritz recently published a paper showing that the huge amount of fresh water going into the oceans off of the California Coast from sewers and storm water drains was creating a barrier to the humble microscopic young of the rather charismatic Bat star. The plankton seem unable to cross these plumes of water, creating artificial breaks in the seastar (and who knows what else) populations. 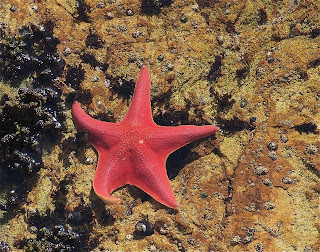 Just when we thought it was safe to flush and forget. Time to rethink the process.

For some very interesting reading on the seastar work in Science Daily, please proceed on to:http://www.sciencedaily.com/releases/2011/03/110310093800.htm

image credit: Jerry Kirkhart
Posted by HIMB CEP at 9:45 AM