Every time I tell someone that I am an intern at Coconut Island the first response I get is, “what do you do as an intern there?” The main goal during my internship has been to learn as much as I can in the short 8 week time span. As an intern with the community education program (CEP) I not only have gotten to learn but also to educate others on the importance of marine life. I have gotten to lead many tours as well as help with an invasive algae lab for young children. During the invasive algae lab we have the young students pick through a clump of invasive algae, separate out all the organisms by phyla, then do counts of each group to learn how to numerically characterize a habitat. It is amazing all that turns up. I had been looking for a sea slug the whole time I have been here and this week I finally found one in the samples, the painted nudibranch.
One of the main side projects I have gotten to take part in was a coral breakage project. The target of the project is to monitor human impacts in the coral reef research reserve. We set up a new set of surveys for three different areas around the island. The sites we chose were the ones with the highest use by outside groups. These included the Mangrove channel, Sandy beach, and Maile Point. 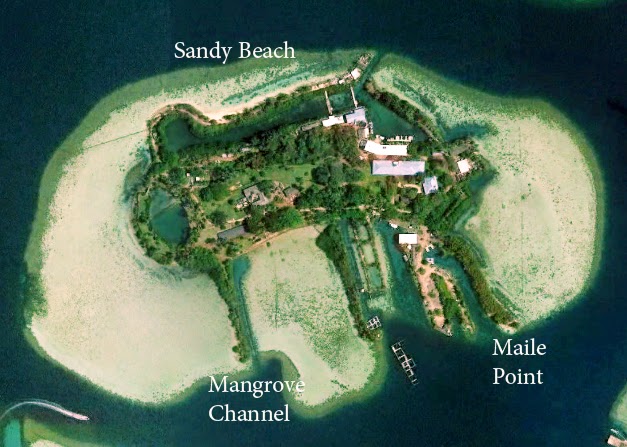 We set out transect lines and then did a belt transect method, counting all the coral breaks two meters to each side of the line. Since the reef drops steeply, one side was very shallow and one slightly deeper (about as deep as a fin kick might hit). We counted the breaks on the two main corals of Moku o Lo’e, Montipora capitata (rice coral), and Porites compressa (finger coral). To ensure that we were not counting the same breaks every day we photographed the breaks and only counted the most recent breaks. The most recent breaks are very white, while a break that’s a few days old will have green or brown algae growth. It is good to know that a study I helped start will potentially continue now for at least a year or more to come.

During my 8 weeks here I have also gotten a chance to become very familiar with the many different marine species of Hawaii. It’s been a very educational experience getting to see all of the endemic  and native species here in Hawaii. Some of my favorite species sightings have been the green sea turtle, Moorish idol, oval butterflyfish, and the scrawled filefish.

My time here has flown by and I have gotten to learn so much as well as had the opportunity to teach others. I can’t wait to be able to come back to Coconut Island one day.

Dana Gazerwitz
Posted by HIMB CEP at 10:46 AM