Evolution of the 'Opihi - Big Surprizes from a Small Creature 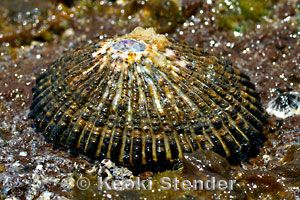 How does a new type or species of animal get started? Traditionally isolation is considered a big factor. Let an organism get isolated somewhere - give it a few thousand generations and maybe a slightly different environment (to help select for some new features) and random mutation will do the rest - a new species - significantly different from the original now exists.

What better way to isolate plants and animals than to let a few ancestors be the one in a million ones to make it across a couple thousand miles of ocean to an incredibly remote set of islands (like Hawaii).  And then get stuck there for a million years or so.

In fact, as far as terrestrial life goes, Hawaii has incredible levels of endemism (endemic plants and animals are those types found only in one place and nowhere else in the world, i.e. unique species). No surprise here - in fact, in Hawaii, not only did the ancestors get to an isolated set of islands, but the islands had lots of micro-habitats and climates to further split the ancestors into even more unique species. Hawaii's level of above-water endemism (unique species) is sometimes listed as high as 90% for the native land plants and animals.

However, isolating the plants and animals that live in the ocean is much tougher. Most marine critters release planktonic young that drift with the currents. Not very isolating that. Then there are those swimming long distances or rafting about the oceans with floating debris. It is amazing that we have as many marine endemics as we do (and we do have a lot).

Even so, it was assumed that what we do have, one ancestor got here, then sort of just "genetically drifted" or was in a different enough environment from the parent stock to be become a single recognizably different species.

How in the world would any marine species split into more than one type once it was here, with all the plankton drifting about and the water sloshing everywhere uniformly.

And yet - and yet - what if a single species of 'opihi, ancestral, was to split into three - right next to each other. How cool would that be!

And indeed so it is. Take a read of the attached Press Release on HIMB's Dr. Chris Bird's work on Hawaii's 'opihi. See: Not An Evolutionary Dead End

Or for the link to the original article, see:  Diversification of ... Broadcast Spawning Limpets . You may need to access the full article via the UH library, or email me and I will get a copy.