Why Scientists Like to Explode Things or Defining Science 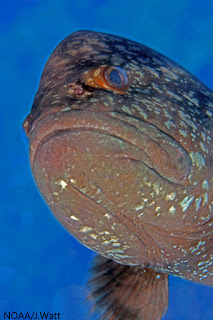 Talking to scientists can be maddening. They are argumentative, grandiose yet obscure, refuse to be pinned down and in the end generally won't agree specifically to much of anything.

One can understand why the media has such a hard time with them. But it is maybe not so much their fault. They are following a training that rewards suspicion and pulling apart the fabric of life.

Really it comes down to this - scientists do not try to prove their ideas. Instead they try to disprove everything they can and what is left standing is then accepted as the correct explanation or fact. Indeed, the more scientists that attempt to disprove an explanation and fail, the better accepted that explanation is.

Lets look at this a bit more closely. My definition of science is simple. Science is the search for verifiable reality.
It may not be all of reality, but it is the reality that we can all agree upon, regardless of beliefs, world views or language.

For instance - gravity.  No matter what language you speak, where you live in the world or what beliefs you have, if you hold an anvil above your head and then let go - it is going fall downwards and probably hurt.
This is a piece of verifiable reality (anyone can test this).  It is so verifiable that even with many attempts to disprove it, it still is left standing and now considered "fact."  You can bank on it, bet the farm on it, make inventions based on it, get rich off of it. It is a great piece of reality that you can count on.

To which a scientist would add, "maybe." They have not given up. They always leave a tiny bit of hope or room for the idea that in the future someone, somehow, someway might be able to blow it apart. The scientists are the wrecking crew, searching to expand our understanding of the world by continuing to question, push and pull. Looking for that exception that will prove to be the door to a new universe, a new idea, or a new bit of verifiable reality.

1. You see something interesting. You observe it as closely as you can.
2. You come up with multiple working hypotheses (ideas) of why it is so. You list these ideas.
3. You decide how to test these hypothesis to try and disprove them. Start with the easiest to test, knock those out and proceed on.
4. Whatever left standing is not, the "truth" a bit too statuesque sort of term, but the best explanation or "the facts."*

* As we currently know it, based on our experiments, could be possibly maybe a tinsiest bit wrong, especially if someone else is able to disprove it, but we are really smart and did a great job at this and good luck if you think you can disprove it. Go ahead, hold that anvil up over your head without a hard hat - we are headed to the bank with this one.

So this is science.

Check out the world and find something cool. Lets take it apart to see if we can understand it. If we can't disprove it, we are there. Lets put it back together and watch it go. Now we see it much better for what it really is. Regardless of what we believed or saw before, we have a better piece of reality. And it is a beautiful place to be.

Maybe we can do some small explosions now just for fun. But keep an eye on us.

Note for my math friends - the proof bit does not apply to you.
Posted by HIMB CEP at 1:46 PM